The Treasure in the Jungle of Weeds

The “peanut country”, in south-west QLD has been tremendously dry in the past few years, despite the devastating floods, we’ve had in 2013. However, this summer is very different, in that it has been raining on and off, in a much gentler way. 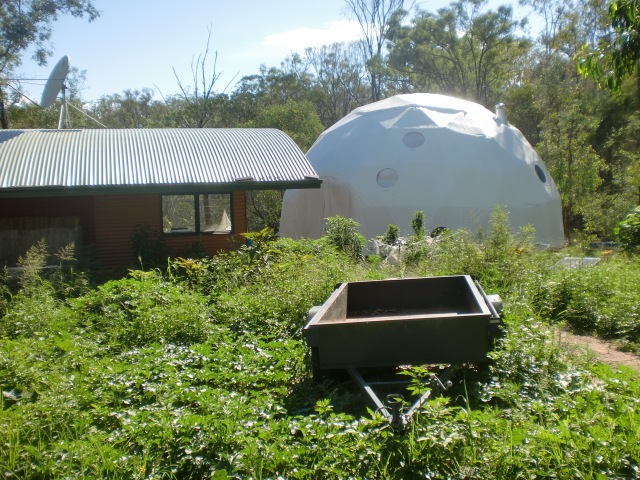 So after being at the Woodford Folk Festival over the new year period, I came back to a jungle. In fact it was difficult to get through to the house as the pathway was overgrown.

The pathway to my place is between the net covering the wicking bed garden on the left and the tall weeds on the right.

A few days ago, I’ve decided to make the most of this abundant plant life and take my camera into the weed jungle that the rain has created in the past few weeks. The once dry and plant-depleted landscape had been transformed into this incredible abundance of plants. They have taken over everything including the driveway, pathways, the deck and my solar panels. I am just amazed at what the rain can do and the abundance of seeds that wait for the go ahead to grow, in the seemingly harsh and unproductive granite sand.

The Blue-banded bee. It’s the Australian version of a bumble bee, as it buzz pollinates flowers. This photo does not do it justice but I will one day get a better pic.

When I say plants, most people would correct me and say “they are not plants, these are weeds, and you need to get rid of them!” However I see “weeds” as nature’s soil recovery system. I have heard, and there seems to be more and more evidence for this now, that weeds grow where there is depletion of particular soil nutrients, in order to restore those nutrients. Not only can plants take up nutrients from the depths of the soil and thus bring them up to the topsoil as they grow, they are also alchemists. Plants can transform ions from one to another for example iron into magnesium, by changing the position of electrons in the orbits of atoms. From my years of studies, I believe that nature is perfectly designed to self correct and no matter what we do to it, there is always a remedy to correct our mistake. However we do not understand this process yet and so we fight against what is actually something beneficial. 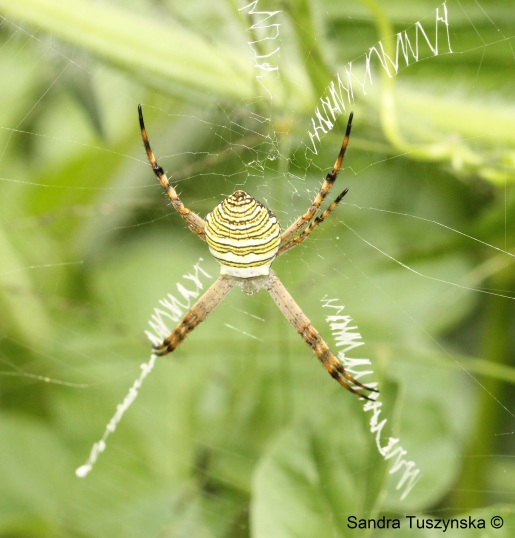 This Banded-orb weaving spider is just one of the new residents here. I suppose it thrives on all the insects that are now available to feed on?

Pollinating and other insects will agree with me I’m sure. I have never seen so many butterflies in my life! There are at least three different bee species visiting, including the blue banded bee (which I am in love with), because of the welcomed “weed invasion” which I am experiencing right now.

So I went out there lured by site of a honeybee and the buzzing sounds of the free concert put on by the orchestra of insects; to explore the visual pleasures of this rare phenomenon. Initially I went out there to take a photo of a bee on a cobbler’s peg but one hour and 322 photos later, I photographed at least 30 different insect species. Not to mention the different species of butterflies, which I have not recorded because they are so difficult to photograph. Now to me, this is biodiversity! Everywhere I turned, there was a creature of some kind. I felt like a kid in a lolly shop, who could not wait to add another lolly to her collection. 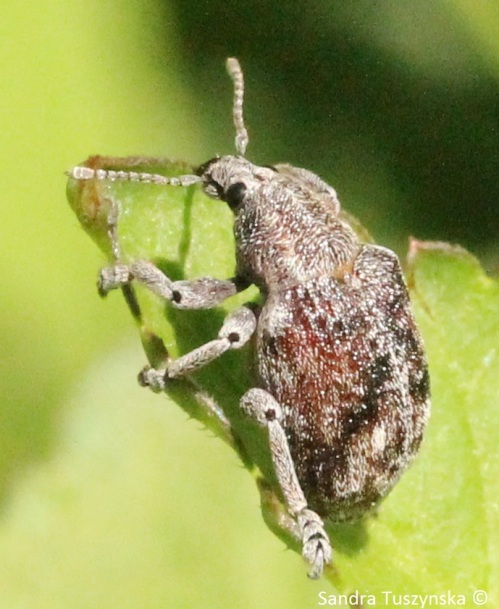 The moment I decided to finish my escapade, to get and drink and get out of the sun, bees were foraging on cobble’s pegs closer and closer to me for better and better shots. It is very difficult to take photos of bees as they move very quickly from flower to flower. I learnt that they do not visit the same flower twice, so they must know which they have already visited. I was trying to guess which flower they would visit next, hoping to have my camera ready and focused on a particular flower, to take a good pic when the bee has landed, but this was not very fruitful. I could literally be there all day, among the never ending action. I was dreaming of sitting by a patch of flowers and waiting to see what insects will come, rather than chasing them as they fly from flower to flower; but this requires patience, which I have very little of.

Honeybee loaded with nectar, on a cobbler’s peg flower.

I have also noticed that bees seemed to prefer yellow flowers, compared to red and blue. They love cobbler’s pegs, which is actually the most annoying weed because of the pegs that stick to clothes and take forever to take out. Yet, what an incredible transport mechanism that these plants have, to get themselves from one place to another! 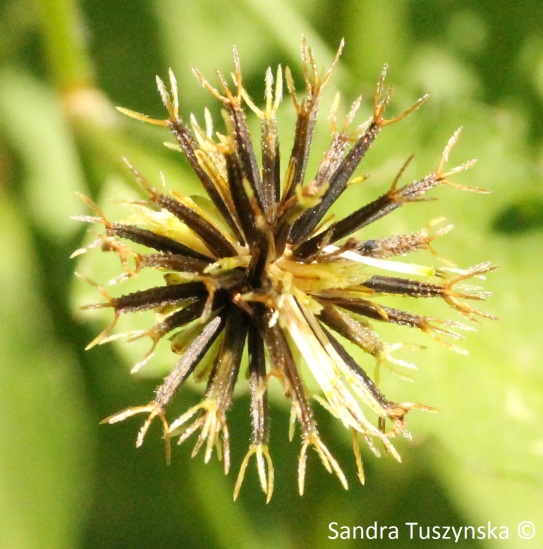 Cobbler’s Peg has tiny hooks at the end of its seeds, as a transport mechanism.

There is actually colour now in the normally drab landscape because of the “weed” flowers. They are not only feeding pollinating insects but give me immense pleasure to look at and photograph. Perhaps the best thing about all this is that I did not put any effort in planting any one of those plants, they just grew. Mind you they include pumpkin, paddy-melon, amaranth, which may not be seen as weeds.

A “weed” flower, adding colour to to the environment. Butterflies especially live red flowers, as do I.

I cannot help but see all the collection of “weeds” as a gift rather than a burden, especially because I know that this is regeneration and rehabilitation of the land, that is taking place without any of my effort. Not to mention the abundance of insect life that is getting fed and is flourishing, in turn feeding the birds, the lizards, the frogs and other creatures that I can only dream about. So I will continue to photograph, learn about and write about insects and how incredibly amazing and beautiful they are, the inherent intelligence within them and their importance to our own survival. 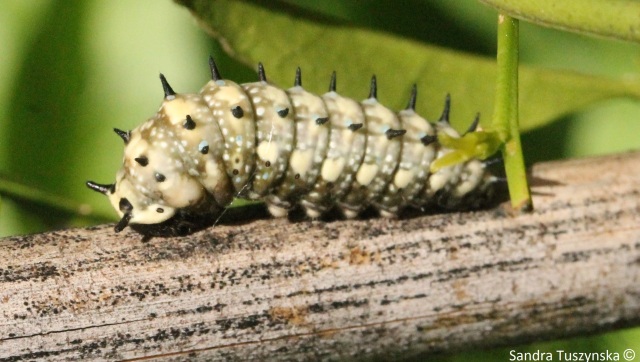 Dainty Swallowtail (Papilio anactus) caterpillar on a stake of a mandarin tree. It is about to become a chrysalis and has attached itself with silk threads. Almost all the leaves were eaten from the tree, but for a good cause. The well pruned tree is now growing new leaves.

1 Response to The Treasure in the Jungle of Weeds